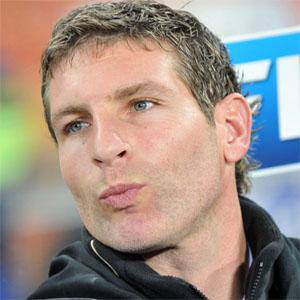 South American Footballer of the Year in 1998 who was a member of the Argentinian national team from 1999 to 2010. He took his first managing role with Godoy Cruz in 2012.

He began his professional soccer career with Estudiantes in 1992.

He helped the Boca Juniors to six Primera Division titles in his 10 seasons with the team.

His 8-year marriage to Lorena Barrichi ended in 2012.

He was teammates with Carlos Tévez on Argentina's national team from 2004 to 2010.

Martín Palermo Is A Member Of