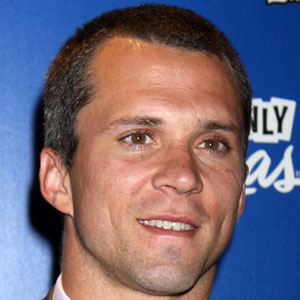 NHL right winger who became one of the league's top goal scorers on a yearly basis with the Tampa Bay Lightning. He helped the Lightning win a Stanley Cup Championship in 2004. After 13 years with the Lightning, he was traded to the New York Rangers in 2014.

A standout player with the University of Vermont Catamounts, he led all scorers in the NCAA in his sophomore year.

In 2013 he was one of the three finalists for the Lady Byng Trophy, the NHL’s sportsmanship award, and he previously won the award in 2010 and 2011.

He had three sons with his wife Heather, whom he met at the University of Vermont.

He became the first person since Wayne Gretzky to win the Stanley Cup, the league MVP trophy and the top scorer trophy in the same year.

Martin St. Louis Is A Member Of