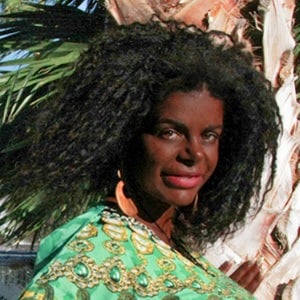 Model and actress who's risen to fame due to her extreme body modifications. She's enlarged her breasts to size 32S and has changed her skin tone to transform into a black woman.

She worked as a flight attendant after graduating high school, but stopped in 2012 to pursue modeling and acting.

In March 2018, she traveled to Kenya, where a local clergyman baptized her and, according to Big, declared her to be a "true African woman." She was given the baptismal name Malaika Kubwa which means "Big Angel" in Swahili.

She started dating long-term partner Michael when she was 17 years old.

Martina Big Is A Member Of