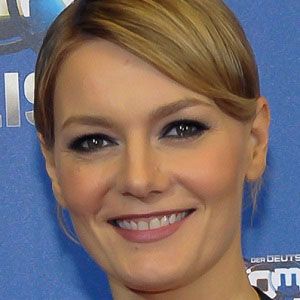 Known best for her roles on sketch comedy and satirical programs such as Switch (on Germany's Pro Sieben network) and Heute-Show (on the ZDF channel), Hill also appeared in episodes of a number of drama series, including SOKO Koln and Das Beste aus Meinem Leben.

After training and performing at the Theaterstudio Berlin, she began her entertainment career as a radio host.

In 2012, she earned both a Bambi Award and a German Comedy Award for her starring role in the sketch comedy show Knallerfrauen.

She was born in Berlin, Germany to a railway worker father and a nurse mother.

She and Victoria Wicks both had successful comedy careers on German television.

Martina Hill Is A Member Of