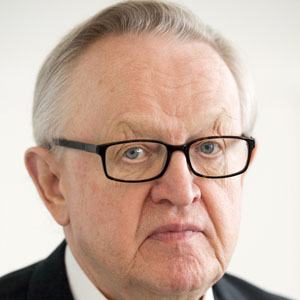 Politician and member of the Social Democratic party who was the 10th President of Finland from 1994 to 2000. He won the Nobel Peace Prize in 2008 for his work resolving international conflicts, including that between Kosovo and Serbia.

He lead the YMCA's physical education training establishment in Pakistan in 1960.

He has a son with his wife Eeva Hyvarinen, whom he married in 1968.

UN Secretary-General Kofi Annan appointed him as Special Envoy to Kosovo in 2005.

Martti Ahtisaari Is A Member Of