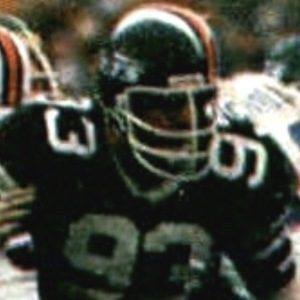 He was a star at the University of Alabama, where as a senior he won a national championship, was a first team All-American, and was named the SEC Defensive Player of the Year.

He raised three children with his second wife, Christine, and one child with his first wife.

At Alabama he played under legendary coach Bear Bryant.

Marty Lyons Is A Member Of