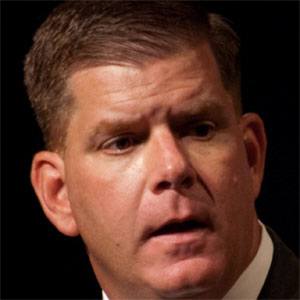 American Democratic politician who was elected Mayor of Boston in January of 2014. Prior to holding office as Mayor, he served for over a decade in the Massachusetts House of Representatives.

He was diagnosed with childhood cancer and underwent several years of chemotherapy before being declared cancer-free. He attended Boston College.

He became president of a union called Laborers Local 223.

He was in a long-term relationship with Lorrie Higgins.

He succeeded fellow Democrat Thomas Menino as Mayor of Boston.

Marty Walsh Is A Member Of