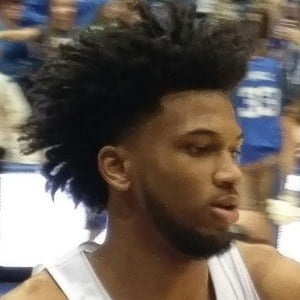 Power forward who was selected 2nd overall in the 2018 NBA Draft by the Sacramento Kings after playing one year of college basketball at Duke University.

He set a single-game Duke record by pulling down 15 rebounds against the University of Texas.

He has younger brothers named Marcus and Martay. His father Marvin played football at North Carolina A&T, and his brother Marcus has signed on to play basketball for Arizona State University.

He was teammates with Trevon Duval at Duke.

Marvin Bagley III Is A Member Of