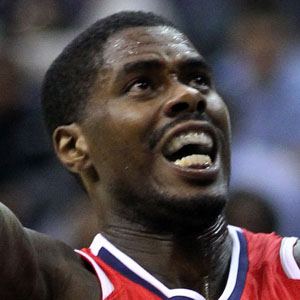 NBA forward who was selected 2nd overall in the 2005 NBA Draft by the Atlanta Hawks.

He played one year of college basketball at North Carolina, part of an NCAA Championship team in 2005.

He was traded to the Utah Jazz in 2012 after spending his first 7 years with the Atlanta Hawks.

He was raised with two brothers, Demetrius and J'Tonn.

He played alongside point guard Raymond Felton in his one year at UNC.

Marvin Williams Is A Member Of