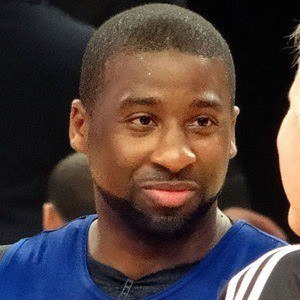 NBA point guard who began his career with the Charlotte Bobcats, then became a key member of the New York Knicks in 2010 and again in 2012. In 2014, a trade sent him to the Dallas Mavericks for two seasons. He then spent a season with the Clippers before going to OKC in 2017.

He played in the 2002 McDonald's All-American game with future Knicks teammates Carmelo Anthony and Amar'e Stoudemire.

He won an NCAA Championship with the University of North Carolina in 2005 and the school retired his number 2 jersey after he went on to the NBA.

His family affectionally nicknamed him 'duck'. He was married to Ariane Felton from 2012 to 2014.

Before coming back to the Knicks for the 2012-13 season, he told reporters that he was better than Jeremy Lin, who left the team that season.

Raymond Felton Is A Member Of