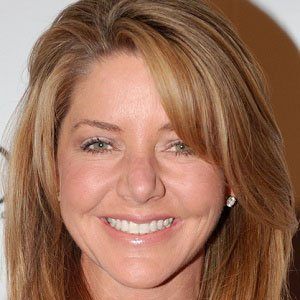 Famous as a cast member of The Real Housewives of D.C., she is also notable for heading the Labels for Love charity and for helping to establish the District Sample Sale D.C.-area fundraising event. She is also known for her work as a voice-over artist and interior designer.

During her childhood years, she went on family vacations with members of the famous Kennedy political clan.

Her father, Robert Schmidt, founded the Vincent Lombardi Foundation, and she served for a time as the organization's executive director.

The grandchild of television and radio star Arthur Godfrey, she was born and raised in Washington, D.C. She and her husband, Rich, raised children named Matt, Meghan, Alexandra, Lolly, and Ryan.

She and Idaho native-turned-Real Housewife of Orange County Lauri Peterson are both famous for their participation in Bravo's Real Housewives reality franchise.

Mary Amons Is A Member Of