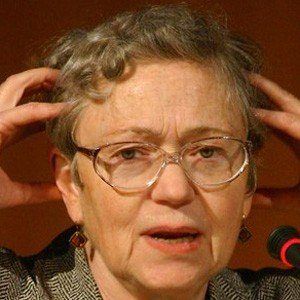 An American cultural anthropologist and author, she published her tenth novel, Composing a Further Life: The Age of Active Wisdom, in 2010. Her other works include Composing a Life (1991) and Full Circle, Overlapping Lives (2000).

After graduating from Radcliffe College in 1960, she earned a Ph.D. from Harvard University.

Her 1984 memoir, With a Daughter's Eye: A Memoir of Margaret Mead and Gregory Bateson, discusses her childhood with her famous parents. She married professor Barkev Kassarjian in 1960; the couple had a daughter named Sevanne.

She earned a Ph.D. from Harvard University, which is also true of journalist Alan Keyes.

Mary Catherine Bateson Is A Member Of