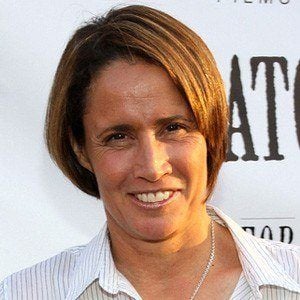 She played professionally from 1977 to 1980, achieving a career-best singles ranking of 33, and winning the 1977 mixed doubles French Open Championship.

She was a very successful teenage tennis player before she turned pro at age 20.

After her playing career she took up broadcasting, where she began covering tennis for numerous high profile stations.

She was married to Bill Bowden for 15 years, and she had two children with him.

She won the French Open mixed doubles competition alongside John McEnroe, who was her childhood friend.

Mary Carillo Is A Member Of