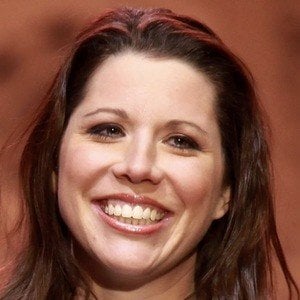 American journalist and blogger who has won acclaim for her contributions to outlets like CNN, Hot Air and The Federalist. She is the creator of the award-winning vlog HamNation.

Shew grew up in Durham, North Carolina and graduated from Riverside High School in 1998. She began her journalism career writing for the Richmond County Daily Journal.

She received the ACU Blogger of the Year award at CPAC 2014.

She is the daughter of journalist Jon Ham. She was married to White House aide Jake Brewer from 2011 until his death from a bicycle accident in 2015. She has children named Garnet and Georgia.

She has been a guest on HBO's Real Time with Bill Maher.

Mary Katharine Ham Is A Member Of