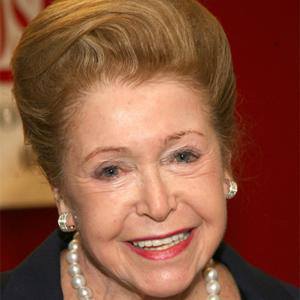 American author who is best known for such suspense novels as A Cry in the Night (1982), Remember Me (1994), and Pretend You Don't See Her (1997). Her numerous literary honors include the Horatio Alger Award and the French Grand Prix de Litterature Policier.

She wrote her first poem at age seven and later took creative writing courses at New York University. She published her first suspense novel, Where Are the Children?, in 1975.

All forty-two of her suspense novels were bestsellers.

She married her neighbor, Warren Clark, in December of 1949. Following her 1964 divorce, she was married twice more: to Raymond Ploetz and John J. Conheeney. Her five children include a daughter, Carol Higgins Clark, who also had a career as a suspense novelist.

Mary Higgins Clark Is A Member Of