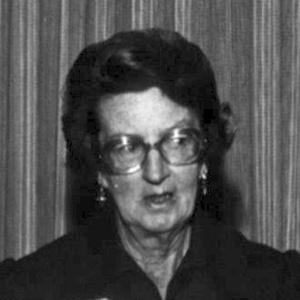 British paleoanthropologist who worked for most of her career in the Olduvai Gorge, in eastern Africa, uncovering the tools and fossils of ancient hominines believed to be more than 3.75 million-years-old. She is also known for discovering the Laetoli footprints as well as ifteen new species of other animals, and one new genus.

She found interest in the archaeological items she found in Elie Peyrony's excavation site.

She discovered the first fossilized Proconsul skull, an extinct ape now believed to be ancestral to humans.

She worked with her husband, Louis Leakey, a British archaeologist who she married in 1936 and had three songs with.

She was a renowned scientist and greatly inspired by the theories of Charles Darwin.

Mary Leakey Is A Member Of