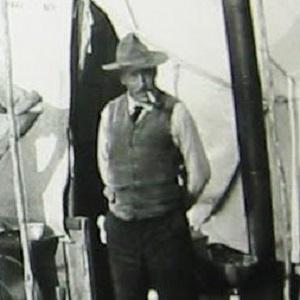 Paleontologist who rose to prominence for discovering the first documented remains of Tyrannosaurus rex in 1902. He also helped acquire fossils for the American Museum of Natural History.

He spent his early career traveling the country, bargaining and trading for fossils.

An homage to him is made in the 1998 IMAX film T-Rex: Back to the Cretaceous, in which he is played by actor Laurie Murdoch.

His second wife, Lilian Brown, wrote a book of memoirs titled I Married a Dinosaur about her life with him.

His parents named him after the circus showman P.T. Barnum.

Barnum Brown Is A Member Of