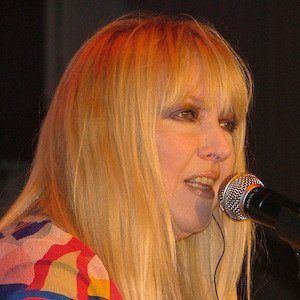 Legendary Polish singer who has released nearly two dozen Polish albums over her more than four decade-long career. In addition to her countless original Polish albums, she has released numerous compilation albums and albums in German, Russian, and a few multilingual albums.

She began her singing career in 1967 after winning first prize at the Student Songs and Singers' Festival in Krakow. Two years later, she recorded her first hit single, "Mówiły mu."

In 1992, she released an autobiography titled Niech żyje bal.

Growing up, her father worked at Stefan Batory University and her grandparents owned a pharmacy. She had two children with her first husband, Krzysztof Jasiński, named Jan and Katarzyna. She and her second husband, Andrzej Dużyński, had a son named Jędrzej.

Maryla Rodowicz Is A Member Of