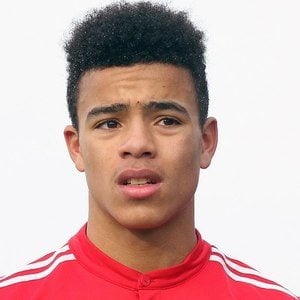 Striker who has risen to notoriety for his play in the Manchester United youth system, including in an FA Youth Cup victory over Chelsea in 2018 with a hat trick. He earned his first professional call-up at age 17 against Valencia that same year.

He was originally born and raised in Yorkshire, England with his sister Ashton.

Mason Greenwood Is A Member Of