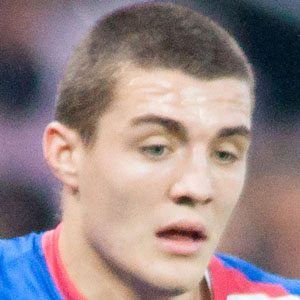 Midfielder who excels at dribbling, and made his senior career debut in 2010 for Dinamo Zagreb. He'd play for Inter Milan for two seasons before joining Real Madrid in 2015.

He began his youth career as a six-year old for LASK Linz, and then joined Dinamo Zagreb's youth system.

He married Izabel Andrijanic in 2017.

After a few years at Dinamo Zagreb, he joined Inter Milan where he played with captain Javier Zanetti.

Mateo Kovacic Is A Member Of