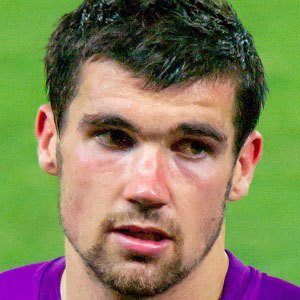 Australian soccer player who has played as a goalkeeper for clubs like the Central Coast Mariners and the Australian national team. With Central Coast, he won the A-League Championship title in 2013.

He was born in New South Wales and made his youth debut with Blacktown City in 2008.

He was named A-League Young Footballer of the Year two straight seasons in 2011 and 2012.

He has a sister named Megan Ryan.

He and Ivan Franjic both represented Australia at the 2014 FIFA World Cup.

Mathew Ryan Is A Member Of