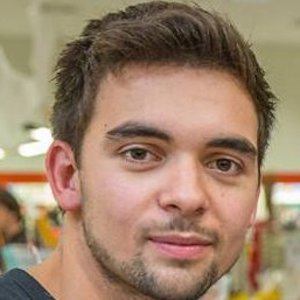 Big and small screen star most well known for his portrayal of Lowie Bomans in the popular television series Thuis. He has also been seen in feature films like Allez, Eddy! and North Sea Texas.

In 2010, he made his acting debut as Thomas in the drama film Bo.

Outside of acting, he is a singer-songwriter for the band The Village.

He has a brother named Louis. He married Julie Houtman in September 2017.

Both he and Eline De Munck appeared on the television series Thuis.

Mathias Vergels Is A Member Of