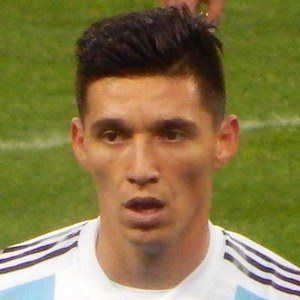 Defensive midfielder who won numerous league titles during his years with River Plate, capturing Argentine Primera División, Copa Sudamericana and Copa Libertadores championships, among others. He has represented Argentina at tournaments like the 2016 Copa América.

He was an excellent golfer as a youth and considered playing golf instead of soccer.

He was named to the Copa Libertadores Team of the Year for 2015.

He has a brother named Gastón.

He was teammates with striker Sebastián Driussi on River Plate.

Matías Kranevitter Is A Member Of