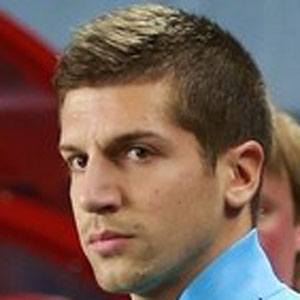 Center back who joined Manchester City in 2012 after spending a year with Fiorentina. He became a member of the Serbian national team in 2012.

He began his professional career with Partizan in 2010.

He was born in Valjevo, Yugoslavia.

He and goalkeeper Andelko Duricic became teammates on the Serbian national team.

Matija Nastasic Is A Member Of