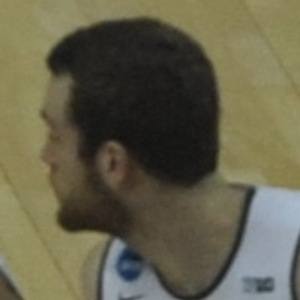 6'9" low post specialist who finished his four-year college basketball career as Michigan State's all-time leader in blocked shots with 146. He averaged more than ten points and eight rebounds as a senior.

He was a force at Bay City Western High School, scoring more points, collecting more rebounds, and blocking more shots than anyone in school history.

He was a top 100 recruit coming out of high school and was named 2012's Michigan Mr. Basketball. He was an All-Big Ten selection as a senior at MSU.

He was born to Mike and Jen Costello in Linwood, Michigan.

He and Denzel Valentine were teammates for four years on the Spartans.

Matt Costello Is A Member Of