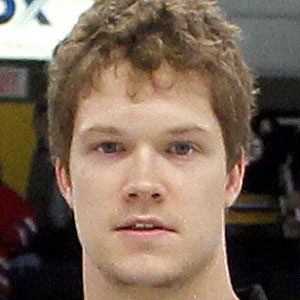 Left winger best known for his years as a member of the Dallas Stars, Boston Bruins and Edmonton Oilers. In 2010-11, he won the Western Hockey League Championship with the Kootenay Ice.

He was born in Red Deer, Alberta and began playing for his hometown Western Hockey League team, the Red Deer Rebels, in 2006.

For the 2009-10 season, he received the Doug Wickenheiser Memorial Trophy as the humanitarian of the year in the Western Hockey League.

His parents are Maurey and Sharon Fraser. He has a sister named Kelsey.

He was teammates with Selke Award-winning center Patrice Bergeron in Boston.

Matt Fraser Is A Member Of