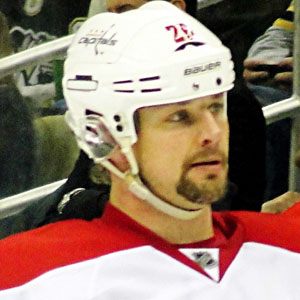 American center who joined the Washington Capitals in 2010, after two seasons with the Colorado Avalanche.

He played five seasons in the American Hockey League before making his NHL debut in 2008.

He has a pair of twins, Gunnar and Lennon, with his wife Kimberly Hendricks.

He became teammates with Alexander Ovechkin on the Washington Capitals in 2010.

Matt Hendricks Is A Member Of