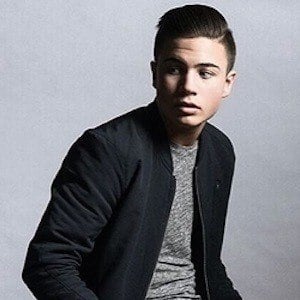 Pop singing sensation who made a name for himself with the help of Vine, Twitter, and Instagram. He teamed up with his best friend and music producer Jonny Benjamin and Training Camp Music LLC to begin his music career.

A Vine of him singing a cover of Usher's "Let it Burn" went viral in December of 2013.

He recorded a debut single with artist Tone-EZ called "Pick You Up."

He was born and raised in Newark, Delaware in a household where his parents made sure music was part of his upbringing. He is the youngest of three, with two older sisters.

He is influenced by artists such as Chris Brown, Usher, Bad Company, and Alan Jackson.

Matt Hill Is A Member Of