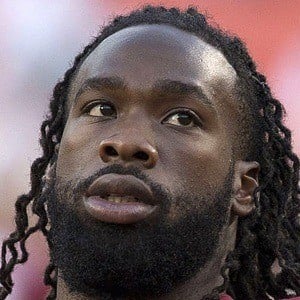 Former NFL wide receiver who was drafted in the first round of the 2005 NFL Draft by the Jacksonville Jaguars after playing quarterback at the University of Arkansas. He retired from football in 2010 following poor production and a string of drug-related arrests.

He was a star basketball player in high school, setting the Arkansas state scoring record.

After his retirement from the NFL, he became the host of the radio show Overtime on 103.7 The Buzz in Arkansas.

He married Caroline Phillips in 2010.

He and Tyler Wilson are both former starting quarterbacks at the University of Arkansas.

Matt Jones Is A Member Of