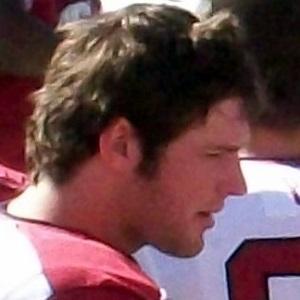 Record-breaking quarterback at the University of Arkansas signed with the Tennessee Titans in 2013 after being waived by the Raiders.

He was ranked a top-10 football recruit while also earning Gatorade Player of the Year honors in baseball as a pitcher for Greenwood High School.

He holds nearly 30 school records for the University of Arkansas, including completion percentage, completions and passing yards.

He shared All-SEC honors with Alabama running back Trent Richardson in 2011.

Tyler Wilson Is A Member Of