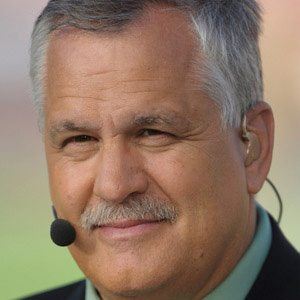 NFL linebacker who won four Super Bowls with three different teams. He became CEO and president of the Detroit Lions after retirement and was highly scrutinized and extremely unsuccessful.

He anchored the defense at Penn State University while he was in college.

He fathered four children with his wife, Patricia. His daughter Michalyn married NFL Running Back Collin Mooney in 2010.

He was on the San Francisco 49ers team with Joe Montana when they won Super Bowl XXIV.

Matt Millen Is A Member Of