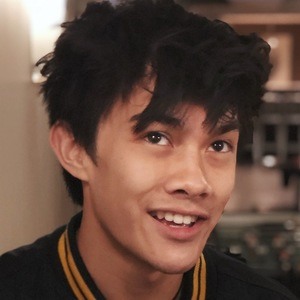 Formerly known as Matt Misfitt, he is a web video star popular for his comedic videos, impressions, vlogs, and sketches.

He launched his first YouTube channel, MattGuitar12345, in 2011. He created a tech-related channel, iPhone4foriPhone4, a year later. His third channel, KUTAMatt, was a vlogging channel. He would later create his JustAMisfitt YouTube channel in 2014.

As of 2015, he began attending VidCon and other conventions featuring web video stars, in the hopes of making it big as an actor.

He has an older brother. He is of Asian descent and talks about how others react to his heritage in some of his videos, like "If Asians Said The Stuff White People Say" and "All Asians Look Alike?"

He was inspired to make his YouTube channel by other web video stars, like Tyler Oakley, Connor Franta, and Caspar Lee, whom he all impersonates in his video "YouTuber Rehab."

Matt Fuentes Is A Member Of