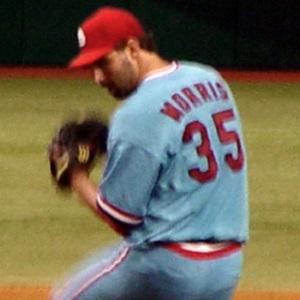 After playing for the St. Louis Cardinals during the late 1990s and early 2000s, this Major League Baseball pitcher joined both the San Francisco Giants and the Pittsburgh Pirates.

He grew up in Middletown, New York, and went on to play his college career for the Seton Hall University Pirates.

Though he signed a three-year, nearly thirty million dollar contract with the San Francisco Giants, he only played with the team from 2006 to 2007 (as the result of both injury and a subsequent trade to the Pittsburgh Pirates).

With his wife, Heather Reader, he raised children named Payton, Harper, Lola, and Sidney. Through an earlier relationship, he had his first child, Brandon.

In 1997, he narrowly lost the Rookie of the Year title to fellow baseball player Scott Rolen.

Matt Morris Is A Member Of