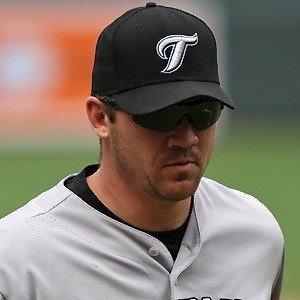 He was a highly sought-after basketball player in high school and turned down a scholarship to Oklahoma State University.

He won the National League Rookie of the Year Award in 1997.

He had a a daughter, Raine, and a son, Finn, with his wife Niki.

Scott Rolen Is A Member Of