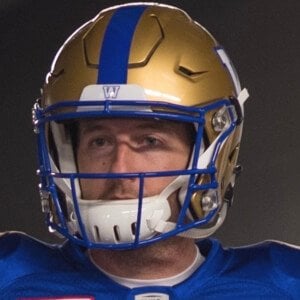 Quarterback who debuted for the Canadian Football League's Edmonton Eskimos in 2010 after previous playing college football at Eastern Washington University.

He passed for 12,616 yards at Eastern Washington, which broke a record for most career passing yards in the Big Sky Conference.

He began wearing the number 16 after his father first wore the number in his sports days.

Matt Nichols Is A Member Of