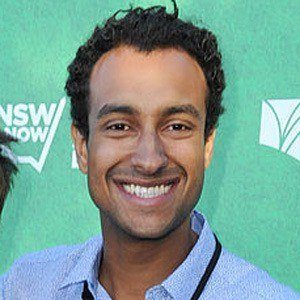 Australian stand-up comedian most famous for his appearances on shows like This is Littleton and Legally Brown as well as his presenting work on How Not to Behave. He co-hosted the Triple J breakfast radio show from 2014 to 2016.

At age 18, he became a finalist at the RAW Comedy open mic competition despite having previously performed just 3 times.

His album Live at the Enmore Theatre won the 2015 ARIA Award for Best Comedy Release.

He has a sister named Rachel.

He has opened for Aziz Ansari at venues like Hamer Hall and the Sydney Opera House.

Matt Okine Is A Member Of