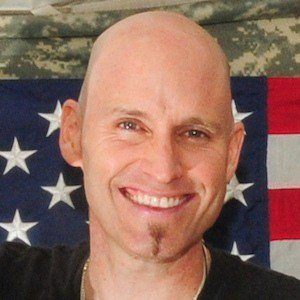 Most well known as one of the founding members and frontman of the alt rock band Vertical Horizon. The band has become best known for hits like "Everything You Want" and "You're a God."

He was only seven years old when he was given his first guitar. It was while studying at Georgetown University that he formed Vertical Horizon in 1991. He graduated from the university the following year with a degree in psychology.

He and Richard Marx collaborated together on the albums Duo and Duo Live released in 2008 and 2010 respectively. Marx also co-wrote a song on the Vertical Horizon album Echoes from the Underground.

Raised in Worcester, Massachusetts, he attended high school in Deerfield.

Though he composed most of Vertical Horizon's music, he co-wrote the song "Even Now" with Neil Peart featured on the album Burning the Days.

Matt Scannell Is A Member Of