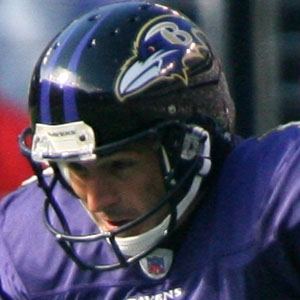 He was a kicker at Louisiana Tech, where he made all-conference honors in 1989, before being drafted in the 12th round of the 1990 NFL draft.

He made the Pro Bowl, and the All-Pro team in 2000, as a member of the Baltimore Ravens.

He married Debbie Stover, and had three children with her.

Matt Stover Is A Member Of