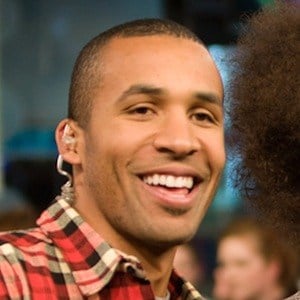 First became known hosting MuchMusic's Much On Demand and later reporting on CP24. He then became a correspondent on Entertainment Tonight Canada in 2011. He also hosted the reality program Canada Sings.

He earned degrees in sociology and communications before embarking on a short career in semi-professional football in Austria.

He has interviewed countless superstars on the red carpet, from Tom Cruise to Justin Timberlake.

He was born and raised in Toronto, Canada. He has been dating actress Shay Mitchell and the two welcomed a daughter named Atlas together in 2019.

He is close friends with fellow Toronto native, Drake. Like Drake, he made an appearance acting in the Degrassi series.

Matte Babel Is A Member Of