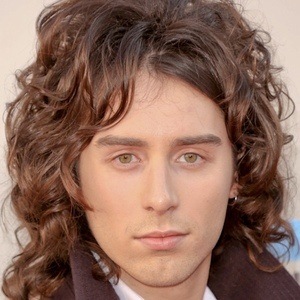 American rock singer who is best known as the frontman as The Ceremonies. His band is known for songs such as "Land Of Gathering" and "Lovecaught".

He signed a deal with record label Atom Factory Entertainment early in his career in 2012.

He has stated that his band was influenced by bands like Echo and The Bunnymen, The Smiths, and The Cure.

He has been a member of his band with his brothers Mark and Michael.

He has mentioned that the poet William Blake was a major influence on his songwriting.

Matthew Cook Is A Member Of