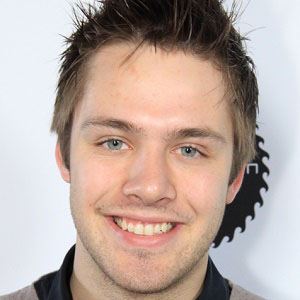 Film and television actor best known for his role in MTV's Awkward. He was also in Lifetime's 2015 thriller Lost Boy.

He was in the 2011 short film Picture Paris with Julia Louis-Dreyfus.

He is an avid Boston sports fan.

He has a brother named Sean, who he says is the funniest person he knowns. His mother's name is Deidhra.

He was friends with his Awkward co-star Jillian Rose Reed long before they were cast together.

Matthew Fahey Is A Member Of