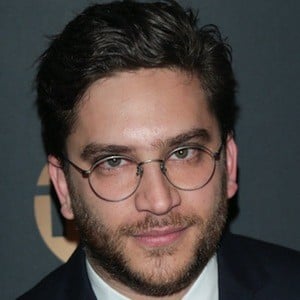 American actor who became known for playing Detective Lucius Isaacson on TNT's The Alienist. He also played Tony in Mistress America and starred as Ben in The Boy Downstairs opposite Zosia Mamet.

He graduated from St. John's College in 2008. He made his acting debut the following year in Ang Lee's film Taking Woodstock.

His role in The Alienist earned him nominations for Outstanding Limited Series at the Emmy Awards and Best Action-Thriller Television Series at the Saturn Awards.

He played in Mistress America opposite Greta Gerwig and Lola Kirke.

Matthew Shear Is A Member Of