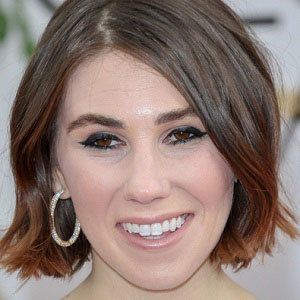 She decided to forgo college in order to pursue acting after high school.

She cleared up her name's pronunciation as ZAH-shah in a New York Times profile.

Her father is renowned playwright David Mamet. She married Evan Jonigkeit in 2016.

She starred with Lena Dunham on the HBO series Girls.

Girls
The Flight Attendant
Tales of the City