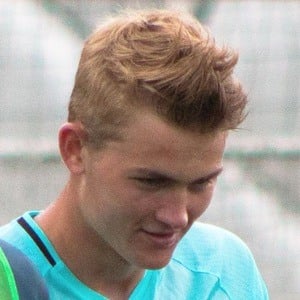 Dutch soccer player who's best known for playing for Juventus. He previously played for the Amsterdamsche Football Club Ajax. He has also played for the Netherlands national football team.

He started his soccer career as a youth player for AFC Ajax after joining the academy at 9 years old.

He made his professional debut for Jong Ajax in a game against FC Emmen in August 2016.

His parents are Vivian and Frank de Ligt.

He became teammates with Justin Kluivert in 2016.

Matthijs De Ligt Is A Member Of