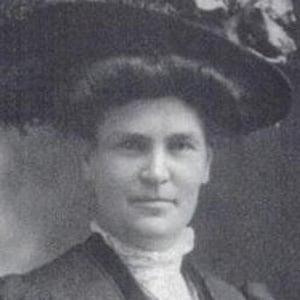 The wife of Wizard of Oz author L. Frank Baum, she supported her husband's family and estate and helped promote his works. Her collected letters, detailing her travels with L. Frank Baum, were published as a memoir in 1907.

She grew up in Fayetteville, New York, and studied briefly at Cornell University. She was introduced to L. Frank Baum by her college roommate, who also happened to be her future husband's cousin.

She died at the age of ninety-one, having survived her husband by nearly four decades.

She had four sons with L. Frank Baum. She was the daughter of Matilda Joslyn Gage, a prominent suffragist.

When L. Frank Baum was introduced to her, his first words were, "Consider yourself loved, Miss Gage."

Maud Gage Baum Is A Member Of