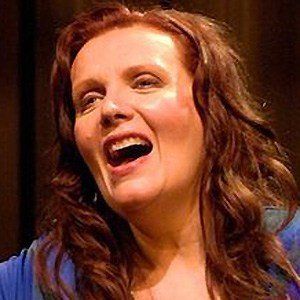 Singer and actress on Broadway who sang "The Morning After" and who won the first Best Original Song Oscar Award in 1976.

She worked as a secretary by day and sang as part of the folk band Sweet Rain by night.

Due to financial troubles, she changed her name and assumed a new life as a secretary in Marina Del Rey.

She was from an Irish family, born to parents James Terrence McGovern and Mary Rita.

Her first concert was filled with songs by George Gershwin.

Maureen McGovern Is A Member Of