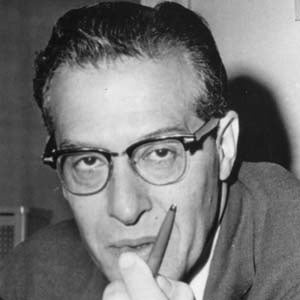 American theoretical physicist whose work on quantum electrodynamics won him the 1965 Nobel Prize for Physics. He also received the US National Medal of Science in 1964 and was the first recipient of the Albert Einstein Award in 1951.

He finished high school at 14 and worked at MIT's Radiation Laboratory, where he did the critical calculations that led to the development of radar.

His work laid the foundation for much of the quantum physics research that followed it, helping scientists to understand the fundamental structures of all matter.

He grew up in Manhattan, New York, his father a successful garment maker.

He shared his 1965 Nobel Prize with colleague and rival, Richard P. Feynman.

Julian Schwinger Is A Member Of