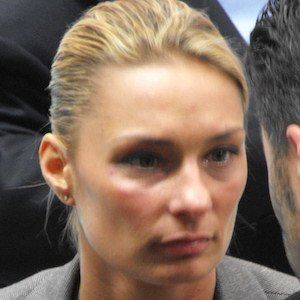 Italian former volleyball player who appeared in more than 220 career games for her country's national team from 1998-2004. After retiring from club competition in 2007, she joined Sky Sport as a commentator.

She started playing volleyball with Pallavolo Carrarese in 1986, eventually joining Sirio Perugia of Serie A1 in 1989. She made her national team debut in 1998.

She was named Best Setter of the FIVB Volleyball Women's World Championship in 1998. She appeared on Celebrity Survivor in Italy in 2006.

She has two children with Italian basketball player Francesco Orsini.

She was teammates with Eleonora Lo Bianco on Italy's national team.

Maurizia Cacciatori Is A Member Of