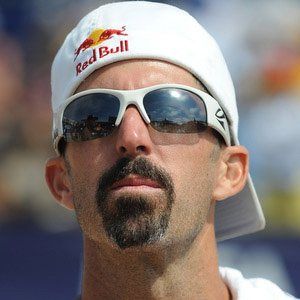 American beach volleyball player who won five consecutive AVP Tour titles with partner Phil Dalhausser from 2007 to 2011. He won an Olympic Gold medal representing the United States in Beijing in 2008.

He was named as the AVP's Best Defensive Player five consecutive years from 2004 to 2008.

He married Melissa Masonheimer Rogers and has children named Hannah and Nate.

He and fellow American Dain Blanton are both Olympic Champions in beach volleyball.

Todd Rogers Is A Member Of