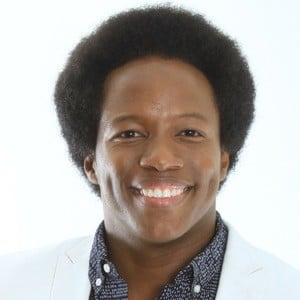 Singer, composer, and trombone player known for his recordings, live performances, and collaborations with different Colombian artists. He has been signed to several major labels including Sony Music and Codiscos and is known for his work on the album Imaginacion.

At 11 years old, he saw the Caney Orchestra and was inspired to pursue music. He studied trombone at the Universidad del Valle and later joined the police orchestra during his military service. He later on earned recognition when he composed the song "El Alboroto" for the Bemtu Orchestra.

He was nominated for two Latin Grammy's in 2006 for his collaborations with Tito Nieves and N'Klabe.

He was born and raised in Cali, Valle del Cauca, Colombia.

He has collaborated and worked with a diverse range of musicians including Naty Botero on the song "Esta Noche es Nuestra" and Charlie Zaa during several live performances.

Mauro Castillo Is A Member Of